Reprint from The Times newspaper ()

It may look like an instrument of torture, but the QXCI machine runs a scan through your whole body, looking for viruses, fungi and other problems.

Machine offers alternative to alternative medicine. An extraordinary diagnostic tool could change the way we look at

ALTERNATIVE medicine may still not have shaken off its hippy-dippy sandals and tofu image, but these days practitioners of new age healing are using more sophisticated means to treat you in a natural way.

Over the past 30 years, various different scientific approaches have seeped their way into alternative therapies and a new machine, which uses quantum physics, has recently entered the market, relegating all other options to archaic status ­ the QXCI machine. There are only around 400 operational machines in the country and work of mouth is ensuring that the quantum is quickly becoming the alternative alternative ­ therapy of choice.

So what is this new marvel of modern alternative medicine? In simple terms, think of it as being like a virus scan on a computer. It runs through a hard drive ­ which, in this case, is you ­ as it looks for viruses, fungi and other abnormalities.

Although you might feel a bit exposed and vulnerable as you are strapped into a soft plastic harness that buckles around your ankles, wrists and head, the results impress. On a technical level, explaining how it works is slightly more complicated and is perhaps best left to the experts.

The Health & Longevity Journal explains it thus: "The basis of the QXCI technology is the transmission of 65 million tiny electro-magnetic signals into the body, many times per second. These pulses map the body and its organs and reveal anomalies within the body. The signals feed back to the QXCI machine and without the patient even being aware of any effect or any sensation, the machine calculates a mathematical model based on the voltage, amperage and resistance of the body."

As Annie Friedman*, a qualified homoeopath, who has been using the machine on patients for more than four months, says: "It¹s terribly complex." Complex or not, the results that spew forth onto the computer screen will fascinate even the most cynical of visitors.

Patients can go in and be totally unaware of any particular ailments ready to spring up and surprise them. Once settled in your seat, you are strapped into the harness and the computer starts to run the scan. "One woman who came in to have the scan had ever so slightly bulging eyes," Friedman says, "and the machine came up with three separate readings for thyroid and when I tested her it showed radiation fallout. Well, it turned out she¹d been driving across when went off.

"Another patient was diagnosed as having, an adverse reaction to metal in her body but she wore no jewellery and had not metal fillings. I later found out that her belly button had been pierced."

After being strapped in myself, it came up with, along with various vitamin deficiencies, a throat infection and a mouth ulcer ­ I had neither, or so I thought, and the cynic in me left feeling slightly triumphant. The feeling didn¹t last. The next morning, sure enough, two mouth ulcers had sprung up and a chronic sore throat was starting to develop, which took time and various homoeopathic remedies to cure. The machine once again had come up trumps

It seems that most people are game to go on the machine but, as Friedman warns: "You can treat with the machine any illness found by the machine and it also suggests and tests for the suitability of homoeopathic remedies. But the thing is, it works with the patient¹s unconscious, so it doesn¹t come out with a complete diagnosis.

"You usually know what you¹ve got and it says more about why you¹re ill, rather than the illness itself. You go to a doctor to get a diagnosis, or read it up in a book, but you often don¹t know what to do to cure yourself. So the machine is good for telling you how to put it right.

"It reveals if you¹re hydrated sufficiently or whether you need oxygen. The machine also indicates the presence of worms, viruses, bacteria, toxins and fungi. You can also do treatments via the machine. It has a heart, brain and body scan as well as dealing with issues of nutrition, vitamins and minerals."

Before anyone gets excited about the idea of buying a machine to treat themselves at home, though, it is best to remember that you would only really buy this if you were a healer of some sort. Machines like this are probably best left to the experts.

"The machine is so incredibly powerful it seems untrue," Friedman said. "There are those who cannot understand what is going on and who are frightened by what the machine might reveal.

"It is much better when people don¹t have massive expectations of the machine and are open to being healed. The therapist can get a profile of what ailments are in the body and, through dialogue with the patient, will be able to uncover suitable remedies."

* Annie Friedman operates from her clinic at Neals Yard ( ); her Quantum consultations cost £75 (A$220) per session. 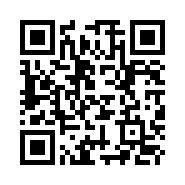