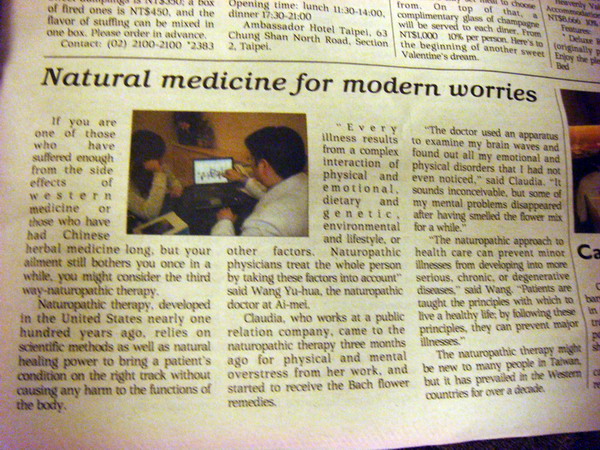 If  you are one of those who have suffered enough from the side effects of western medicine or those who have had Chinese herbal medicine long, but your ailment still bothers you once in a while, you might consider the third-way naturopathic therapy.

Naturopathic therapy, developed in the United States nearly one hundred years ago, relies on scientific methods as well as natural healing power to bring a patient's condition on the right track without causing any harm to the functions of the body.

"Every illness results from a complex interaction of physical and emotional, dietary and genetic, environmental and lifestyle, or other factors. Naturopathic physicians treat the whole person by taking these factors into account." said Wang Yu-hua, the naturopathic doctor at Ai-Mei.

Claudia, who works at a public relation company, came to the naturopathic therapy three months ago for physical and mental overstress from her work, and started to recieve the Bach flower remedies.

"The doctor used an apparatus to examine my brain waves and found out all my emotional and physical disorders that I had not even noticed," said Claudia. "It sounds inconcievable, but some of my emotional problems disappeared after having smelled the flower mix for a while."

"The Naturopathic approach to health care can prevent minor illness from developing into more serious, chronic, or degenerative diseases," said Wang. "Patients are taught the principles with which to live a healthy life; by following these principles, they can prevent major illness."

The naturopathic therapy might be new to many people in Taiwan, but it has prevailed in the Western countries for over a decade. 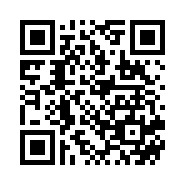